How turbans and kaftans lead to lovely, long lounging sessions…part one!

The covid pandemic has seen us re-learning the fine art of relaxation, finally being given the time and space we need to simply, quietly, peacefully 'be'. But forget lounging pants, onesies and pyjamas. You want to lounge the sophisticated way, and that means you need turbans and kaftans!

They're exotic, they're beautiful, and both turbans and kaftans have a fascinating history that taps right into today's trend for quality lounging. So how did these two highly unusual items of clothing make their way into the legendary halls of Western fashion, and how come they're still so popular? In this first part we discover the magic of the turban, and explore the sheer pleasure of wearing them.

The turban – The short, sweet history of a Persian classic

The turban has been traditional head wear across the Indian Subcontinent, Afghanistan, Southeast Asia, the Arabian Peninsula, and the Middle East for thousands of years. Once the idea was exported to France, the new name 'turban' was coined, and it stuck.

From 1910 to the 1920s, the turban was widely worn as a powerful symbol of eastern glamour. Countless silent movie stars wore beautiful, intricate turbans, some set with faux jewels and feathers, the perfect accompaniment to the flapper dresses of the time, worn over a sharp bobbed or shingled haircut. Paul Poiret was the famously revered 'Sultan de la mode‘, and he included the turban in his rebellious revival of oriental styles. The trend was so strong that the nobility of Europe soon began collecting vintage turbans from the Middle East  and India, embellishing their spectacular finds with expensive jewels from Van Cleef & Arpels and Cartier. By the time the West's milliners tapped into the turban obsession, almost every designer in the west had created their own signature version.

By the 1940s the turban was popular across the entire Western world, loved by glittering Hollywood stars and a big favourite with World War Two's famous land girls, who raised crops and animals to keep Britain  fed while the men fought. Their stylish turbans were worn for work, made from precious scraps of spare fabric and worn with overalls or men's trousers cinched in at the waist with a belt, and for play with the home-made dresses and suits of the time.

The turban trend arose strongly again in the the '70s, adopted in a new redesigned style by fashion houses like Biba in the UK and Halston in the USA. The epitome of eastern inspired bohemian style, in 1975 Farah Pahlavi wore a wonderful Emilio Pucci turban. Liz Taylor followed suit, as did Joan Collins, both actresses wearing their turbans during the day to awesome effect. When the disco era hit, yet again the turban proved the ideal accessory. Made from shiny satins and vivid velvets, they took over the dance floor at Studio 54, made even more desirable thanks to Bianca Jagger.

These days there are several turban styles available, from turbans that cover the whole head, smothered in faux flowers and made by Gucci, to simple turbans that look a lot like elaborate hairbands. Valentino even makes them from lovely vintage print fabric. In 2018 Lil’ Kim presented fresh turban styles for Fashion Week. And we sell stunning genuine silk turbans to help our customers relax in a particularly beautiful way! Whenever you want to bring a little vintage chic to your life, a turban is the solution.

Our impeccably designed  Silk Turban helps you to  achieve the ultimate in luxury lounging experiences whilst caring for your hair at the same time.  Made from  100% Mulberry Silk in our unique design this turban is  simplicity itself.  Constructed to give your hair all the wonderful beauty benefits of Mulberry Silk.  The glossy,  most effective side of the Silk for providing hair protection, sits  against your hair to naturally control hydration, reduce frizz and create fewer split ends and thanks to our unique twist design you also finish up with a glossy, super luxuriuse look on the outside too.  Choose from Cream, Jade, Navy, Rose, Saffron or Silver and find your inner glamour goddess. 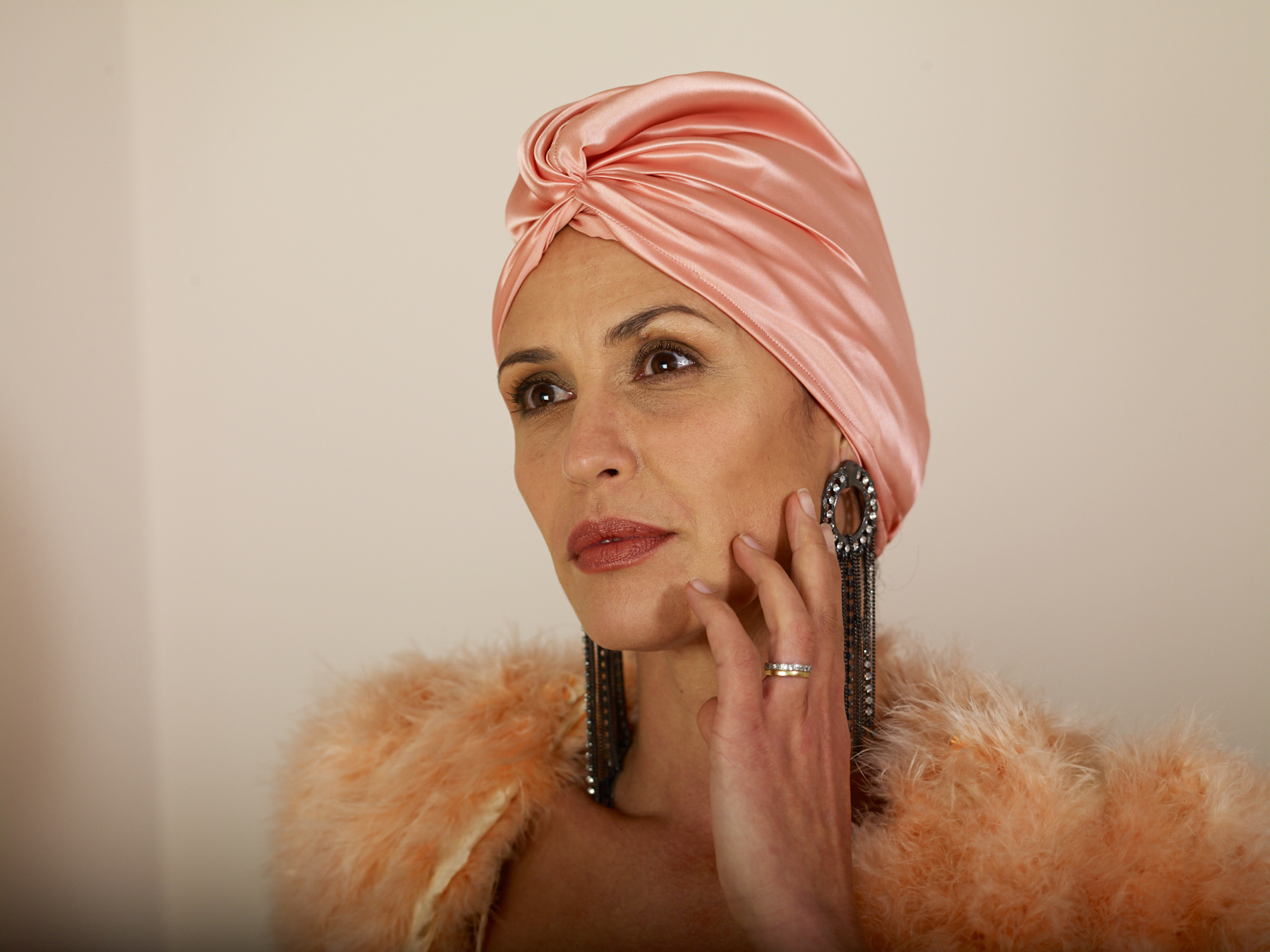